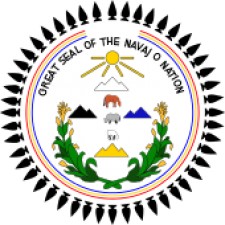 WINDOW ROCK, Ariz., February 7, 2018 (Newswire.com) - The Resources and Development Committee approved Legislation No. 0017-18, directing the Navajo Nation Division of Natural Resources and its departments to initiate discussions with the Native American Venture Fund regarding the potential of carbon sequestration within Navajo Nation’s forests and grasslands.

The Native American Venture Fund promotes economic, social and governance development activities for indigenous tribes by providing long-term revenues. Its focus is on the management and preservation of millions of acres of forestry land for the purpose of carbon capture and carbon sequestration, according to their report.

Council Delegate Seth Damon (Bááháálí, Chichiltah, Manuelito, Tsé Lichíí’, Rock Springs, Tsayatoh), who sponsored the legislation, asked for the committee’s support to have NNDNR begin the process of creating a partnership with the Native American Venture Fund to potentially invest in carbon sequestration development. “The directive would start the process to establish a partnership with the Native American Venture Fund to initiate their Carbon Offset Program. The intent is to initiate a valuable conservation practice that will lead to carbon benefit by investing in an emission reduction project that produces carbon offsets,” said Delegate Damon. “This would allow new economic development opportunity and to generate revenues for the Nation.”

According to the Native American Venture Fund, investments would focus on the management and preservation of forestry land for the purpose of carbon caption/sequestration, which could qualify as a carbon offset/credit. Carbon offset is a reduction in emissions of carbon dioxide through projects like wind farms, planting trees or preserving forests, and it results in the generation of a carbon credit, which could be sold, traded or held.

RDC member Council Delegate Leonard H. Pete (Chinle) questioned if the project would be economically and financially feasible on the Nation and raised concerns on any potential environmental risks.

“Why was the Navajo Nation considered for this project and will the project cause any environmental risks on forests and grasslands? Also, have the areas been identified for the project?” asked Delegate Pete.

Delegate Damon stated that once NNDNR initiates the process with Native American Venture Fund, the forests and grasslands on the Navajo Nation would be identified. Overall, the carbon sequestration project would assist the Nation to rejuvenate and preserve forest areas for future generations and generate revenues through an eco-friendly practice, added Delegate Damon.

The Resources and Development Committee approved Legislation No. 0017-18 with a 4-0 vote and serves as the final authority for the bill.

Get notified about new releases.